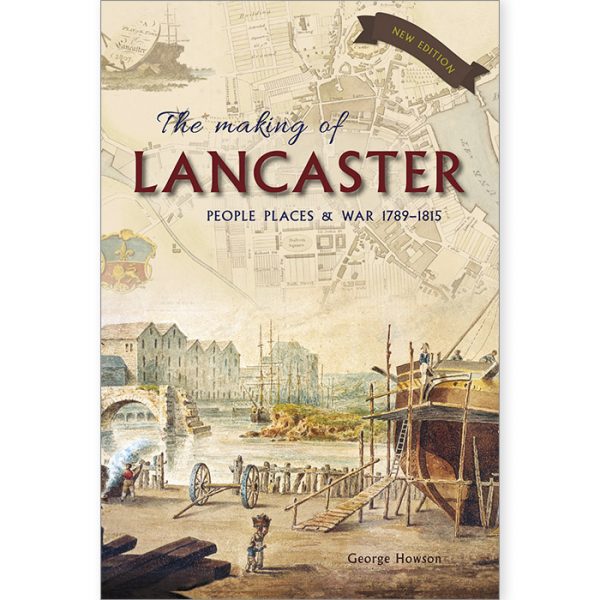 The Making of Lancaster – New Edition

Through these accounts of the lives of their forbears, present-day Lancastrians have a window on their city during a time of significant growth and change, evidence of which can still be seen in the buildings and streets today.

Towards the end of the eighteenth century, Lancaster stood on the brink of great change. During one of the most tumultuous, terrifying and important periods in British history, the city experienced rapid boom, followed by equally rapid decline, that shaped the prosperous, ancient and attractive place we know today.

But history can only be fully understood by looking at the people who shaped the events, and at those who are most affected by them, and it is these human stories that are told in The Making of Lancaster: People, Places & War, 1789–1815.

The experiences of seamen, farmers, women, the poor, slavers, clergy, soldiers, politicians and gentry all feature, together building a fascinating picture of the city. Through these accounts of the lives of their forbears, present-day Lancastrians have a window on their city during a time of significant growth and change, evidence of which can still be seen in the city’s buildings and streets.

This new edition includes additional pictures and information, particularly relating to slavery, and is sure to be every bit as popular as the first.