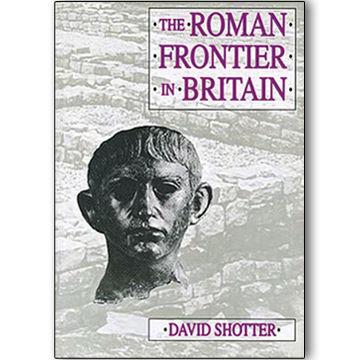 The Roman Frontier in Britain

An in-depth historical study of the northern Roman frontier in Britain – why was the military conquest of Scotland never completed and what were the criteria governing Roman policy over the centuries?

The idea of the Roman frontier immediately conjures up pictures of Hadrian’s Wall and the Antonine Wall. These two structures, however, represent two elements in a story which took a great deal longer to evolve and which, if taken in isolation, tend to mask a clear appraisal of the way in which the frontier in Britain actually developed. What, after all, did the Romans want to achieve in Britain? Why did they not capitalise on Agricola’s victory at Mons Graupius in AD83 to subdue the entire country once and for all? How did the idea for a physical barrier evolve? And why, after all the effort of building Hadrian’s Wall, did the emperor Antoninus Pius embark upon fresh conquest in Scotland?

This book is intended primarily as an historical treatment of the Roman military occupation in Britain up until the early third century AD. It does also describe the later history of the frontier zone. It draws upon archaeological evidence, but is not intended as a guide to the remains of Hadrian’s and Antonine’s Walls. Rather, it aims to set these spectacular fortifications into the broader context of Roman military plans.