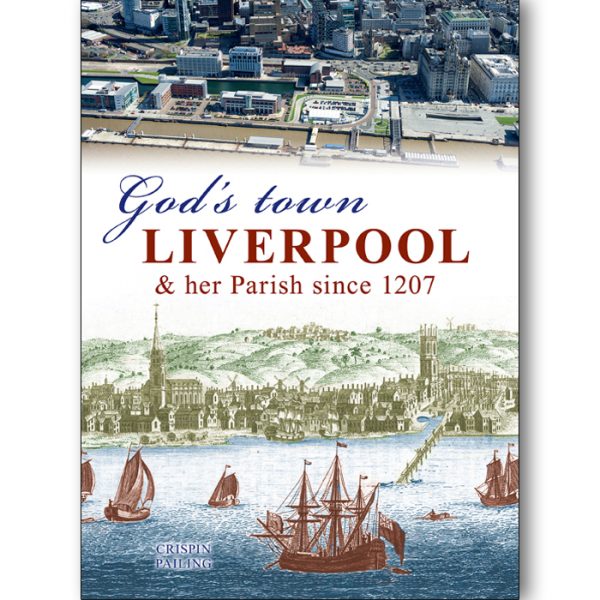 A beautiful book that makes essential and fascinating reading for anyone who loves Liverpool and its rich history.

God’s Town: Liverpool & her Parish since 1207, a beautiful new book. Since the foundation of the town by King John, Liverpool has had a church by the river. Over the following centuries dozens more churches came and went, but the imprint of the activity of the Parish of Liverpool on the city and people was profound. Particularly until the mid-nineteenth century the history of the town was inseparable from her church, and their unusually strong relationship is not replicated in other cities. Control of the church sat with the corporation (down to the council’s instruction to the incumbent in 1612 to get his hair cut!). The town claimed ownership of the church and its contents. Between the seventeenth and nineteenth centuries the health and social care for the town was run from the church under the Elizabethan Poor Law. This unique portrayal of the relationship between the town and Parish of Liverpool draws on the extensive records which have survived, as well as archives which have not been examined in depth before.

As Liverpool developed from a small trading port to a thriving commercial centre, the church was both political pawn and civic leader. The town council took control of the church at the Reformation and elected the clergy annually, alongside the mayor and other officials, but by the eighteenth century the church controlled the town. Everything from the establishment of police and fire services, through to the building of the workhouse and the schools emanated from the Parish of Liverpool. As the infrastructure of the town became increasingly secular in the nineteenth century, the Parish found new roles, from memorialisation through to political agitation.

Be the first to review “God’s Town: Liverpool & her Parish since 1207” Cancel reply